The Azimut Grande Trideck: Azimut Yacht’s First Trideck and the Largest Megayacht They Have Ever Built

Azimut Yachts has revealed that it has a new flagship model: the first Azimut Grande Trideck that is in build in Viareggio.

At 37.6 metres overall with a 7.98-metre beam and rated at just under 300GT, the new model is significantly more voluminous than the current 35-metre flagship. Three units have been sold with a fourth under negotiation and the first will make its official debut at the end of 2020.

“Ensuring that we stayed below 300GT meant that the Trideck has been quite a complex project in terms of the design and engineering package,” says chief technical officer, Alessandro Rossi. “I think the market will be very surprised by the available space and volume on board this boat.”

With exterior design by Alberto Mancini, the new Trideck introduces the split-level exterior deck arrangement as seen on the new Azimut S10 with a raised level ‘terrace’ on the main deck aft. As throughout the Azimut Grande and S ranges, carbon fibre will be used extensively for the superstructure construction. 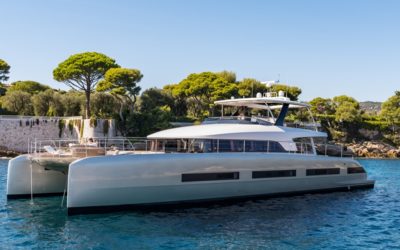 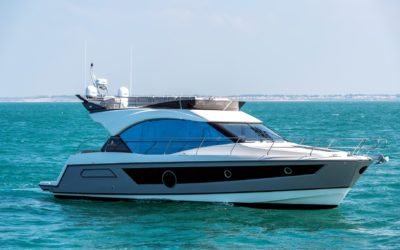 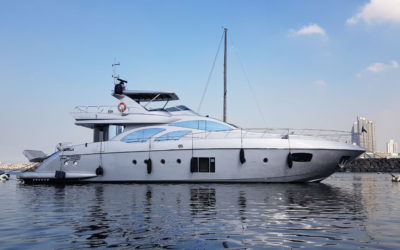